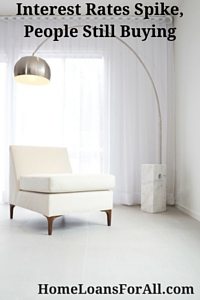 70 percent of Americans surveyed by Zillow Mortgages said they would not abandon their home buying plans should interest rates rise to 4.5%

SEATTLE, Dec. 15, 2015 /PRNewswire/ — This week the Federal Reserve is expected to raise interest rates for the first time in nine years, but the impact on potential home buyers’ behavior will be minimal, according to a new Zillow® surveyi. Most people (70 percent) who say they are currently searching for a home or plan to buy within the next year will continue with their home buying plans even if rates rise to 4.5% — roughly where economists expect they will be by mid-2016.  That said, while plans to purchase will remain intact, almost half (45 percent) of current home shoppers claim they would reconsider the type of home they are searching for, such as looking for a smaller home or less expensive community, should this 50 basis point increase in mortgage rates occur.

The impact on home buyers from an affordability standpoint will be also minimal, at least initially, and buying a home continues to be more affordable than it has been in the past. In 19 percent of the country’s top 500 metros, the monthly mortgage payment on the median home would increase by less than $25 per month as mortgage rates rise from 4 percent to 4.5 percentii. The homeowners that will be hit the hardest by a rate increase will be those living in U.S. metros where housing is expensive and affordability is already an issue. In markets like San Francisco or San Jose, monthly mortgage payments could increase by $175 or more with a 50 basis point jumpiii.

“If the Fed does decide to raise rates this week, as we expect them to, there is no need for future homebuyers to feel that they’ve missed the ideal window of time to purchase a home,” said Erin Lantz, vice president of mortgages for Zillow Group. “It’s important to remember that while a hike would result in higher rates than we have been accustomed, they are still historically low. Mortgage rates are an important factor to consider during the home buying process, but personal considerations about the home type and location should trump concerns about moderate rate changes.”

According to the survey, rising interest rates rank relatively low among the top concerns of homebuyers. Respondents who are currently in the process of searching for or buying a home claimed they were most concerned about finding an affordable home amidst low inventory (29 percent), followed by saving for down payment (19 percent). Rising mortgage interest rates ranked low among the concerns of potential home buyers, and were cited as a top concern for only 14 percent of Americans. Millennials, or survey respondents age 25 to 34, also claimed that qualifying for a loan with their credit score was a larger concern than rising mortgage rates.

“The larger concern for future homebuyers is the Fed’s commitment to a path of interest rate hikes in the months ahead,” continued Lantz. “If the Fed continues to raise rates on a monthly or even quarterly basis, then it is more likely that we will eventually see the end of the era of incredibly low mortgage rates and corresponding high affordability.”

Zillow® is the leading real estate and rental marketplace dedicated to empowering consumers with data, inspiration and knowledge around the place they call home, and connecting them with the best local professionals who can help. Zillow serves the full life-cycle of owning and living in a home: buying, selling, renting, financing, remodeling and more. In addition to Zillow.com®, Zillow operates the most popular suite of mobile real estate apps, with more than two dozen apps across all major platforms. Launched in 2006, Zillow is owned and operated by Zillow Group (NASDAQ:Z and ZG) and headquartered in Seattle.

Zillow and Zillow.com are registered trademarks of Zillow, Inc. 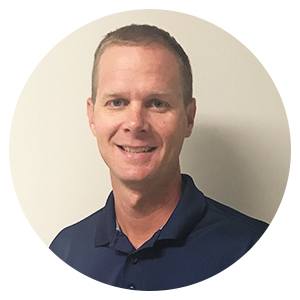 Michael Plambeck, the founder and owner of Home Loans For All, bridges the gap between our content team and our industry team by being an expert in both areas. Michael is a home loan expert who has worked closely with loan officers and realtors for over four years, and who is engaged in constant continuing education to make sure that he’s up-to-date on all real estate laws and regulations.