5 Reasons Now Is The Best Time To Buy a Home 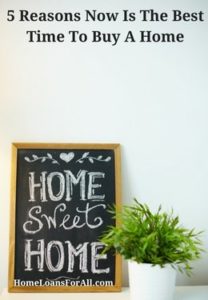 The other day, a friend reached out to me and asked if I thought now was a good time to buy a home. I explained that now is the BEST time to buy a home. Matter of fact, the best time to buy a home is always NOW.
When most people think about homeownership, they think about paying a bill to keep a roof over their heads. While that is a benefit of owning a home, it’s not a major benefit. Having a place to live is just one small part of what all homeownership really entails. Most homeowners don’t even realize what they have their hands on.
We are in an all-out real estate driven market right now. Secretly, since the 2010 implosion, real estate, lending and investing have been making a serious comeback and now they are out of the closet. I’m going to give you five reasons you need to get into the homeownership game immediately.

The Future Is at Stake: You may not realize this, but robots are on the rise. I’m not talking about Terminators either. I’m talking about real-life robots and they are coming for millions of jobs. Canada has already passed a law for a living wage in front of the coming trend.

What would you do without a job today?
How would you earn money?
Most people don’t have a back-up plan. But if you have a home, your home is the back-up plan. You can refinance equity out of your home and use that tax-free equity money to make investments that pay out higher than the interest you pay the bank. If fewer people have jobs, rent and housing will go up, and you can keep cashing out on the market.
Property Always Appreciates: I’ve made millions of dollars from real estate. I have over $1 million in real estate holdings right now; 2 out of 3 of my properties don’t even have a mortgage. I’ve been buying homes since 2005. I’m on home number 41. I’ve never lost money on a home. One time, in 2011, I bought a home for $1,000 cash and sold it for $30,000 shortly after.
If you learn the game of real estate, you will never lose money in it. If property prices dip, your job is to buy. When property prices go up, you raise your rent. Even in 2008, when the bubble burst, I owned a few homes. I rented them out from 2010 until 2015 and made money plus earned rental income. While everyone else panicked and sold, I held and leased my properties out, then profited from the sale a few years later.
Rent Prices Are Through the Roof: According to Money.com, rent prices will continue to rise at a minimum of 3 percent each year. In just 3 short years you’ll be paying almost 10 percent more than you pay now. If you owned rental property, this could be your pay raise, not a renter’s tax. Imagine you own 3-4 rental properties and in 3 years you’re getting 10 percent more per property. That’s a 30 percent income increase without having to do anything extra but own property.
Also when the living wage finds it’s way to robot-infested America, if you own rental properties, you’ll have income coming in while everyone else relies on welfare, living wage and social programming to make ends meet. It’s always a good thing to get ahead. Even if you buy cheap, $1,000 properties like I did in 2011, you’ll be able to build, manage and grow a portfolio from there. The key is to get started now.
Homes Are a Safe Haven: Ever wonder why rich people have such extravagant homes? It’s usually not because they want fancy stuff; it’s that homes are protected in most states under homestead laws. Meaning, if you are sued or have a tax lien put on you, they can’t take your primary residence. Like you learned above, you can take the equity out tax-free, turn it into real money and there’s still no one who can touch your money because it’s a loan and not debt-free cash.
In case that sounds foreign to you, let me give you an example. If Rich Bob owns a 100-million-dollar company that gets sued and loses 200 million dollars in settlement money. It’s more than twice the market cap, so the company goes out of business after paying the first 100 million. Well Rich Bob, the CEO, is on the hook for the other hundred. He cant earn income or it will be taken away from him. If he owns a 10-million-dollar home, he can borrow 8 million and live off the interest. You can do the same.
Your Home Is an ATM: Every 3-5 years, homeowners should evaluate their equity situation. Most states will loan homeowners 80-90 percent of their home’s worth. So, if your home is worth $100K and you owe $50K on it, the bank will give you up to $40K in an equity loan. You can do this roughly every 5 years or so, if you play the market right. Your home, in the right area, at the right price, can send you tens of thousands of dollars over the years.
Think about the home you grew up in and how much your parents paid for it. Now think about how much it’s worth currently. Imagine tapping into that equity time and time again over the years without ever paying income tax on it. It’s like money that comes with 33 percent extra money after not paying taxes.
Before we go any further, I’m not a licensed anything other than a driver. I have no financial, tax or legal background. Anything you just read needs to be verified with certified people who have degrees and other fancy qualifications. Laws vary from state to state, so make sure you do your research there, too. I just wanted to get that out of the way.
There’s gonna come a time in the near future where you will have wished you’d have gotten in on the housing situation before it was conglomerated. Companies like Blackrock and other huge hedge funds are buying up homes to rent out at staggering rates. Won’t be long before the common person can’t keep up. Especially as those hedge funds pull equity out and leverage it.
So when is the best time to buy a home? If you’re over the age of 20, have been on the job for two years and plan on living to be 40 years old, you need to get out there and buy a home before you miss the ship. And mark my words, the ship is about to set sail. 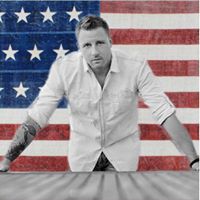 Known as the Hardcore Closer, Ryan is best selling author, contributor to several popular publications and a hardcore trainer, podcaster, motivator and innovator.